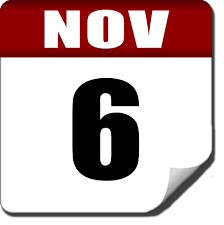 New things are good reminders of what works

About a year ago I launched an effort aimed at getting people to pledge to vote. The energy for the idea was this: about 40 million registered voters and another 60 million who were eligible but not registered didn’t show up in November 2016. Why not?

That election gave us a President who lost the popular vote but was selected by the Electoral College. Bad enough in normal times, but 2016 had given the nation Donald Trump. His agenda aimed at overturning everything he could, from health care to the environment to banking regulations to almost every strand of the social safety net, all the way back to FDR.

Not until the Congressional elections on November 6, 2018 will voters get the chance again to have their say.  To encourage the vote some friends and I launched www.6nov18.com.  So far about 400,000 people have checked in.  That’s not a big number but others saw the need, too, leading to a explosion of voter registration, resistance enthusiasm and get-out-the-vote initiatives. Whether it will have an effect won’t be known until the first Tuesday in November.

But even before then, politics is reminding us quite a lot about the best ways to communicate.

First, communication and advocacy are two sides of the same coin.  Changing minds, moving markets and getting elected require the same skill set: what is said needs to be understood (otherwise, “it’s all Greek to me”), urgent (most of what we hear is prioritized to the bottom our our to-do list) and meaningful to “me” in its context (water freezes at 32 degrees Fahrenheit, especially on the road in November).

Second, it is better to be empathetic than emphatic. Shouting is merely a sign of membership (I support this team, that point-of-view) and not an effective strategy of persuasion. Better to understand the view of others, something that can be shared, even if unendorsed. This becomes a jumping-off point for exploring new, even differing information.

Third, effective communication occurs one step at a time. Nothing good happens all at once, but step-by-step, persistently pursued and reinforced. Think of the current vogue of shouting “socialism” as a way to rally one set of voters and quarantine another.  In order to re-define the approach away from 100 years of economics as practiced by Communist countries, one can’t just shout back “Medicare!”  One can begin with the many small yet important ways we ask government to help us shoulder shared burdens.  A library is a good place to meet on the matter.

Fourth, nothing is casual, nothing is protected. Bumper stickers used to be the sine qua non of politics, today it is a Tweet or an Instagram story. All may seem free-and-easy-going, but everything is heard and judged by all. Worse, when basking in the warmth of supporters, is to say something inappropriate or derogatory of the competition.  If you’re going to say it, mean it.  What you say is yours to own.

Fifth, uneven access to information makes repetition and explanation imperative. The people you want to motivate don’t know as much about you as, well, you do. Assuming a base of knowledge is the quickest way to undermine any advantage built up by adhering to the first four items on this list. Anecdotes are more effective than statistics in making a case, people are more likely to act when they see how those in whom they recognize themselves act and a simple set of facts outweigh the largest truth. Google might still be just the number 1 followed by 100 zeros and not a search engine.

What started out as a modest effort to get people to vote has served as a reminder of what works best when it comes to making a point. In fact, don’t point, invite. Don’t demand, display and don’t value speed over patience. If this has worked more people than ever will vote this November. And more each November after that. Wish us all luck!